Biological deposits for patenting purposes under the Budapest Treaty

A patent confers a limited-term right to exclude other parties from using an invention, in exchange for a comprehensive description of the invention. The granted claims of a patent define the scope of the right that is conferred.

Patents are jurisdiction-specific – a patent granted in one jurisdiction does not (at least directly) confer rights in other jurisdictions. However, a number of international agreements establish provisions for patent protection, including the Paris Convention for the Protection of Industrial Property (Paris Convention)1, the Patent Cooperation Treaty (PCT)2, and the Agreement on Trade-Related Aspects of Intellectual Property Rights (TRIPS)3. There is variation in the particular requirements for obtaining patent protection among jurisdictions, even those that are signatories to the same international agreements. Nevertheless, in the great majority of jurisdictions, for a patent to be granted its claims must be considered novel and inventive over earlier publicly available information, and supported by disclosure associated with the patent.

With regard to support requirements for patent protection, generally, it is considered necessary that the associated disclosure is sufficient to enable a legally defined ‘skilled person’ to perform the invention across the full scope of the granted claims. Typically, disclosure that can be relied on for support purposes is in the form of written description presented in the patent specification and figures. However, for inventions involving biological material, it may be difficult to adequately characterise the biological material using written description alone.

Factors associated with the eligibility of particular forms of biotechnology for patent protection can be complex, and vary substantially among jurisdictions. That topic is not dealt with in detail here – the reader is directed to Sigareva and O’Donnell4, Fitzgerald et al.5,6 and Kimura and Burton7 for exemplary articles dealing with patent eligibility of biotechnology. Nevertheless, in many jurisdictions it is permissible to obtain patent protection for naturally occurring biological material, including microorganisms, when isolated from the natural environment8. In others, notably the United States, although isolated naturally occurring biological material cannot be patented per se, inventions involving naturally occurring biological material (for example, the use of a microorganism for an industrial purpose) can be patent eligible, as can engineered material differing in a meaningful way from its natural counterpart8.

Questions of patent eligibility aside, where patent protection is sought for a biological invention there may be concerns around the degree to which written description of biological material required for the invention is adequate for support purposes9. The Budapest Treaty on the International Recognition of the Deposit of Microorganisms for the Purposes of Patent Procedure (Budapest Treaty)10 was developed in response to this issue. The Budapest Treaty is an international patent law treaty that was originally signed on 28 April 1977, and first entered into force on 9 August 1980. The World Intellectual Property Organization (WIPO) is responsible for administering the treaty. As of August 2019, there are 82 contracting parties to the Budapest Treaty.

In general terms, the Budapest Treaty establishes that a sample of a ‘microorganism’ deposited at a designated International Depositary Authority (IDA) may be relied on for a patent application10. This enables a patent applicant to provide a deposit to meet support requirements, where associated written description alone is deemed insufficient to characterise the sample. Relevantly, the Budapest Treaty does not include any definition of the term microorganism. This has resulted in general practice that a deposit under the Treaty can be used to facilitate support for any biological

material that an IDA will accept11. Biological material that may be deposited includes, for example, cell cultures of unicellular and multicellular organisms, including bacterial, fungal, plant, animal, and human cells; viruses; nucleic acids and proteins; and embryos and seeds11. Individual IDA’s generally have internal policies regarding sample types that will be accepted. A useful summary of this information is maintained by WIPO11.

The Budapest Treaty includes provisions on conditions that must be followed for deposit and storage of biological material. Among these provisions, the treaty requires all IDAs to accept deposits on the same terms for all depositors, to furnish samples of deposits to all entitled parties (and only these parties), and to store deposits for a minimum period. More particularly, the treaty specifies that parties entitled to receive a sample of a deposit include the depositor, anyone with the depositor’s written authorisation, and any jurisdiction’s intellectual property office that declares that it is handling a patent application associated with the deposit. Entitlement of other parties to samples of deposits may be defined by jurisdictional laws. For example, in the US any person can obtain a sample once the patent is granted, with the depository notifying the inventor when someone makes such a request. Additionally, the treaty requires deposits to be stored for at least thirty years, and at least five years from the most recent request for a sample11.

Given the potentially critical role of Budapest Treaty deposits in providing patent support in relation to biological material, it is important for patent applicants and practitioners to consider whether a deposit should be made when pursuing patent protection for inventions involving biological material. It is also important to ensure that formal requirements are met to enable all relevant patent applications to validly rely on any biological deposit that is made.

Assuming that patent protection for a biological invention is to be sought in a Budapest Treaty jurisdiction, it remains necessary to decide, in all of the circumstances, whether submission of a biological sample is required or at least desirable. For the majority of signatory jurisdictions, legislation regarding the provision of biological samples simply specifies that a biological deposit may be used to assist with support of an application, where written description associated with the application is insufficient to enable the skilled person to carry out the invention. Relevantly, however, some jurisdictions have more prescriptive requirements for the availability of biological samples. For example, Australian legislation dictates that deposit of a culture of a microorganism is required ‘if the invention is a microorganism’ or ‘if the invention involves the use, modification or cultivation of a microorganism which is not reasonably available to a person skilled in the art and if, without a sample of such microorganism, such person could not reasonably be expected to be able to perform the invention’.

Even in the absence of prescriptive requirements in a jurisdiction of interest, where biological material that is not otherwise well-characterised or accessible is required to perform an invention, the safest approach from a support perspective would typically be to arrange for submission of a sample of this material, to rely on if necessary. However, an important practical consideration for the deposit of biological samples is the associated expense. In this regard, IDA fees of ~US$2000 per sample are typical for sample storage, as at the time of writing. Accordingly, the cost of sample deposit may represent a barrier to submission, particularly where large numbers of biological specimens are involved.

It will also be appreciated that where historically it may have been either impossible or unduly prohibitive in terms of time or cost to perform detailed analysis of biological material for patent support purposes, this may no longer be the case. With current technology, abundant biological information (e.g. nucleic acid and protein sequences; metabolite profiling; gene expression information) can be obtained comparatively quickly and cheaply, such that substantial characterisation of a range of biological samples may be feasible. Accordingly, in some cases, it may be desirable to perform detailed analysis to facilitate comprehensive written description of biological material for support purposes, rather than attend to sample submission. Notably, if an invention for which protection is to be sought has been developed in an academic research context, characterisation of associated biological samples may be desirable from a research publication perspective.

Where a decision is ultimately made to submit a biological deposit under the Budapest Treaty, timing issues will also need to be appropriately managed. In most jurisdictions, for a biological sample to be relied on for a patent application a sample must have been submitted by either the filing date of the application itself (e.g. Canada; the UK), or the earliest priority date of the application (e.g. China; Germany). However, different requirements apply in some jurisdictions. For example, in the US the deadline for deposit of the biological material is at payment of the patent issue fee (although the US patent office strongly encourages the deposit to be made on or before the filing date of the application and any deposit made after the filing date can be subject to a requirement for evidence that what was deposited is what was disclosed and claimed). Furthermore, as noted previously, some jurisdictions specify other deadlines, such as for inclusion of filing receipt details obtained from an IDA in the patent application, or provision of these details to the jurisdiction’s intellectual property office11. Although specific formal requirements for Budapest Treaty submissions in signatory jurisdictions are helpfully summarised byWIPO11, variation in these requirements substantially increases the complexity of ensuring that patent applications in all jurisdictions can validly rely on corresponding samples. It is therefore notable that greater harmonisation of formal requirements for reliance on Budapest Treaty deposits has recently been formally proposed (see AIPPI Standing Committee on Pharma and Biotechnology12). Such harmonisation could be advantageous for patent applicants and practitioners if successfully implemented.

A core principle of the patent system is the provision of exclusive rights to an invention for a limited term, in exchange for public disclosure that allows the invention to be performed. The deposit of biological samples under the Budapest Treaty provides a mechanism to disclose biological material that is required for an invention, where it may be difficult or impossible to characterise the material using written description alone. Although a substantial number of jurisdictions are signatories to the Budapest Treaty, including most of the world’s major economies, many others are yet to accede to the treaty. Furthermore, specific requirements for reliance on Budapest Treaty deposits vary among signatories. When pursuing patent protection of biological inventions, applicants and practitioners should carefully consider whether sample deposit under the Budapest Treaty should be performed, and ensure that formal requirements are met for all applications to allow for any sample that is deposited to be validly relied on.

Subscribe and stay up to date on what’s happening with IP Gateway with our quarterly newsletter. 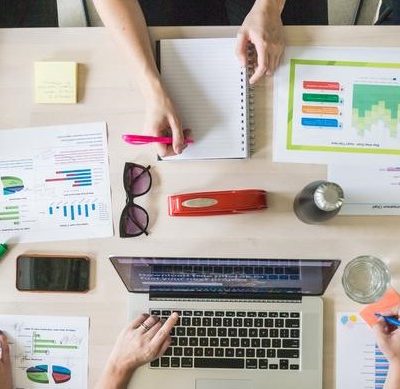 Science and innovation go hand in hand, as is clearly... 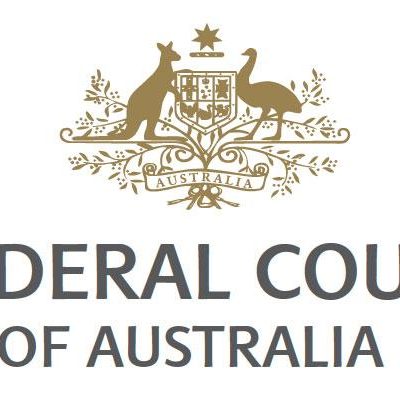 In February this year we reported that we were eagerly... 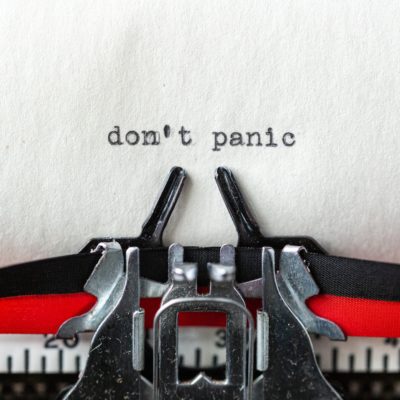 Intellectual property offices of many jurisdictions...